Christopher L. Jorgensen is Not Your Own Personal Jesus

tl;dr I will post a new letter this weekend if anyone makes a donation in any amount. I will give a signed book to all Patreon backers at any level. Offer expires 3/16/2020.

I would love to pick up a few Patreon backers. I think going forward this is going to be my preference as a method for showing support. And if you back my site, at any level, I will send you a signed copy of Jackass Letters: Archive Volume 1 or Jackass Letters: Archive Volume 2. I can make this out to you or a friend or just sign it. You just tell me what you’d like it to say and I’ll write that (within reason and space constraints).

If all you want to see is a new letter, then here is my PayPal link. You can even donate anonymously, so no one has to know about you and me and what we get up to when no one is around.

I’m still researching ways for people to more easily and effectively show support. If none of the above options work for you, head over to the support page for other ways to show me some love. Eventually, something will click. Well, hopefully.

tl;dr: click any of the images in this post to donate money towards keeping this site active.

When I started Jackass Letters there really wasn’t any way for people to show financial support. I did annual fundraisers to try to cover operating costs, and I would post my PayPal link on my twitter feed and hope for the best. I would spend a weekend feeling like I was running the NPR pledge drive and then at some point I’d get between $200-$600, but it felt like begging. It felt this way because that’s what it was. I didn’t want to spend my time like this, so eventually my letter writing fell to the wayside.

I’ve tried various methods of monetizing this site. I did google ads. I sold ads directly. I tried Amazon ads and affiliate links. I hit up some cooler small companies for sponsorships, and the Randazza Legal Group was awesome enough to cover costs a couple of years in a row. But this ended up being too much work on my part. I didn’t want to spend my time curating ads. I didn’t want to spend my time selling ads or begging my lawyer for funds. I just wanted to write.

So I am going to try this again. We can do it! Let’s be a team. I’ll write; you help make it possible.

Jackass Letters gets quite a bit of traffic. I have a fairly active social media presence. I’m hoping this will translate to enough dedicated super fans willing to help keep this project going for another decade.

I considered rolling my own membership system and only presenting one option, but again, I don’t want to have to manage payments and subscriptions. I just want to create. So I looked around to see what options were available for writers to be supported by their readers. I wasn’t sure whether it was better to offer only one, and to promote the hell out of that method, or to offer as many as possible and allow you to decide how you wanted to contribute and at what level. I decided to offer as many choices as I can, and I am willing to add more, but if some of these prove unpopular, or if people have ideas for a better way, then I am open for suggestions.

As always I am totally willing to take checks, cash, or stamps. Just mail to:

So pick your poison, drop a buck or two in the kitty, and if there’s a service you wish I was using, then please speak up! I have so many plans for this site, and I’d like to see them become reality. I hope you would like to see this as well. Together, we can do this!

Oh, and if none of these options work for you, head over to the support page for other options.

Writing Down My Thoughts

​I intend this area of the site to mostly be for me. I don’t intend to update it daily or to preserve profundity. I just want somewhere where I can write about writing and this site. On the old site I had an area after each letter for commentary, but people didn’t really like that. They thought my commentary belabored the jokes or undermined the humor, and I didn’t like it because it felt perfunctory and obligatory. It was a tedious task to have to write something about each letter. It also took time.

The old site took me something like an hour per post. More if you count the initial writing. Write several letters, get one back, hope my letter actually had some modicum of humor, hope their reply was worthwhile, scan the letter, have the letter transcribed by my partner, create multiple image files of the letter, put the whole thing together and hit post! All for a site that is a money losing endeavor. It started to feel like a really shitty job, and not a fun way for me to spend my time.

So something had to change.

Jackass Letters isn’t really a site for my readers. I do it because I find it fun. I do it for me. Initially, the letters weren’t even put online. I’d just write them as a goof and because I found them to be entertaining. I’m fucking hilarious in my own mind. Sometimes, I’d show them to friends, but it wasn’t until I had a stack of them that I decided to start sharing them. But I still write them for myself, and I am happy if others come along for the ride, but I am still my own number one fan. Most people don’t understand what I am doing here, or why it amuses me as much as it does.

That’s sort of how I am imagining this area. I want to spend more time writing. I want to spend more time writing about writing. But I plan to do so because I want to put these words in this order or that, and to think about this or that aspect of writing. This area will be for me. I don’t mind if others come along for the ride. I don’t even mind if people make suggestions. But unless you are somehow directly invested in this site, unless you are supporting Jackass Letters, or promoting it, or are somehow working to make it a success, well, chances are, you’ll mean well, but your comments will be for some other site.

I’m hoping this iteration of Jackass Letters will be easier to update, easier to maintain, more streamlined, and I hope people enjoy it as much or more than the old site. But at the end of the day, I’m still doing it for me.

You’re welcome to come along for the ride.

This is a living post and will be modified often until each point has been addressed. Some of the things on here may never get done. That’s just the nature of the game. I only have so much time and wherewithal. 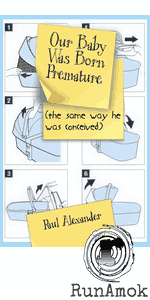